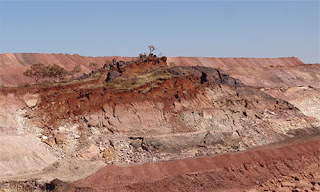 A look at the influence of the manganese industry on the lives of the Aboriginal people of Groote Eylandt.

This award-winning film was designed to show how the Aboriginal people of Groote Eylandt in the Gulf of Carpentaria adjusted to the new life brought about by the discovery of manganese on their land. The director and writer of the film described it as a fragmented collage of images and sounds, intended to produce a direct emotional response. The result is a flood of images, some of them flicking past almost too quickly to be grasped, others repeated over and over again to induce special effects.

The Change at Groote is 'experimental' in its editing techniques and its 'very 60s' camera operation, montage and sound design. It delivers a critical argument about development, questioning the real value for Aboriginal people affected by mining for manganese at Groote Eylandt. It does this by the juxtaposition of startling, metaphorical images, fragments of interviews, and savage sound cuts, without an explicit narration advocating an argument.

In the words of its first catalogue entry, The Change at Groote was designed to show how the Aboriginal people of Groote Eylandt in the Gulf of Carpentaria are adjusting to the new life brought about by the discovery of manganese on Groote Eylandt, but the film is also revealing of white attitudes and responses to the Aboriginal way of life. Stefan Sargent, the director and writer of the film, described it as a study of a complete cultural revolution in less than a generation.

The Change at Groote was begun in 1967, the year of the Aboriginal Referendum which, by a great majority, changed the Australian constitution to include Aboriginals in the Census, and enabled the Commonwealth government to legislate with regard to Aboriginal people.

The film was awarded the 1968 Australian Film Institute Gold Award for both the adventurous filmmaking strategies and for the sentiments it evoked. Stefan Sargent also won The Australian Film Editor's Guild award for Best Editing.
Posted by theweathergroup_U at 5:49 PM No comments: 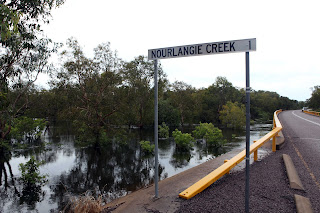 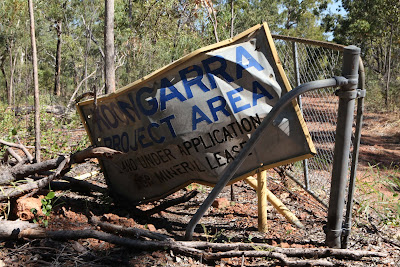 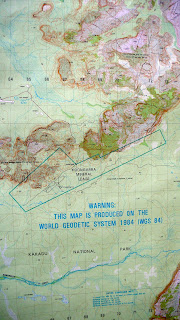 Posted by theweathergroup_U at 2:06 AM No comments:
Labels: Jeffrey Lee

He could have become one of Australia's richest men but Jeffrey Lee has turned his back on a fortune. As senior custodian of the Koongarra uranium deposit he has decided not to allow mining on his land.

Listen to MP3 of this story ( minutes)

TONY EASTLEY: For more than 30 years, a relatively small parcel of land inside Kakadu National Park had been earmarked as a rich uranium mine.

But a persistent, shy local Aboriginal landowner and a committed band of environmentalists had other ideas.

Overnight in Paris they received the news they'd been hoping for - Koongarra is to be World Heritage-listed.

JEFFREY LEE: I came here to France to talk about Koongarra because I was fighting for Koongarra now for very long time and during my younger days, in my teenage years, I had a long struggle on the way and it was very hard to me in those days. But as I was getting older and more mature, I started realising where all this really mean to me.

He was worried that Koongarra was in the sights of the resource giants, even though it sits alongside Kakadu National Park.

JEFFREY LEE: They did offer me a lot, a lot of money but all that came down to that to me is my land so privilege to me and my responsibility is on that land and I don't own the land. The land owns me.

DON HENRY: The company is one of France's biggest uranium mining companies. They have been pressing very vigorously to get the green to mine in this area so the threat was real, it was always imminent. That is now gone and that is something to celebrate.

SIMON SANTOW: Don Henry the executive director of the Australian Conservation Foundation has been helping the bid to save Koongarra from mining.

DON HENRY: Oh, look it is absolutely fantastic news. There is a 30 year battle to have this area saved. It is one of the jewels in the crown of Kakadu and I think the great thing here is the traditional owner, Jeffrey Lee has put it forward for protection. Great courage by him, a wonderful gift for all Australians and everyone around the world.

SIMON SANTOW: With world heritage listing now a reality, the Australian Government is expected to incorporate Koongarra into the Kakadu National Park.

Posted by theweathergroup_U at 6:24 PM No comments: 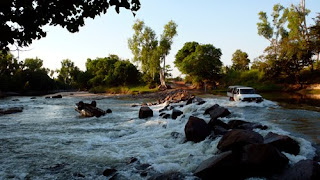