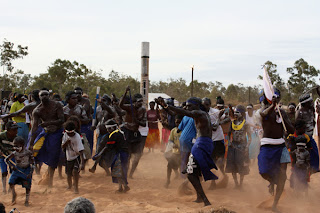 The High Court has confirmed one of the most significant cases under the Northern Territory Land Rights Act, giving traditional owners exclusive rights over tidal waters along Aboriginal land.

The decision on the rights at Blue Mud Bay means traditional owners will be able to determine when and where commercial and recreational fishing is carried out along 80 per cent of the Territory's coastline, as well as in tidal rivers. 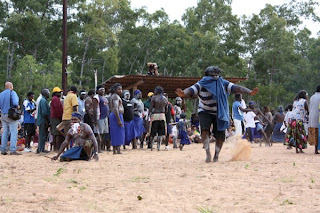 The Crocodile
Posted by theweathergroup_U at 10:52 PM

Hi,
I am Nadia from Palmerston Senior College. I have been working on a competition called "Being a Territory". I was wondering if I could have your permission to use your pictures, which will help me to do this task